IN NOME DELLA LEGGE
IN THE NAME OF THE LAW

MEEUWEN STERVEN IN DE HAVEN
SEAGULLS ARE DYING IN THE HARBOR

A Fall 2016 hit for stay-at-home FilmStruck subscribers, Youssef Chahine's tense, queasy tale of excessive love and patriarchal perfidy plays like gangbusters on the big screen in front of what we expect will be a rapt audience. Long-time Egyptian star Hend Rostom gives a dynamic performance as a women with too many irons in the fire. According to Malcolm's feminist foil Anastasia Lin, "The noir world rarely lays bare misogyny at such a level of incendiary hysteria." And that might just be an understatement! With: Farid Shawqi, Hend Rostom, Youssef Chahine, Hassan El Baroudi, Abdel Aziz Khalil, Naima Wasfi 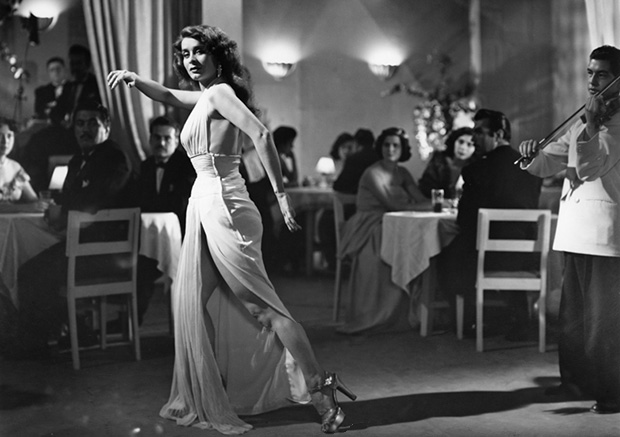 All hail to the Morelia Film Festival for their recent showcasing of Mexican film noir—another example of how a nation's filmmakers were galvanized into the creation of their finest work once they were exposed to the "noir virus." CAMINO DEL INFIERNO features steely-gazed Pedro Armendáriz and smiling Sphinx Leticia Palma (she of the controversially shortened career) as star-crossed lovers who try to overcome the rotten former lives that each bring to the deeply imperiled passion they find in one another. "There are many more Mexican noirs awaiting rediscovery," Malcolm notes, "but few of them will gut-punch you as much as this one will." With: Pedro Armendáriz, Leticia Palma, Wolf Ruvinskis, Ramón Gay, Arturo Soto Rangel, Manuel Calvo, Lupe Inclán 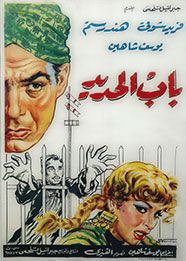 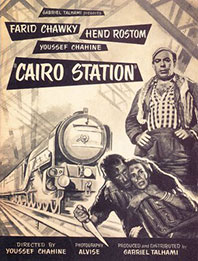 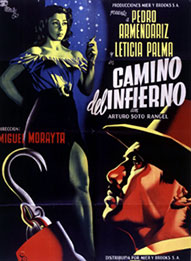