MCP's faithful have been ultra-supportive in 2022. We can't thank you enough for your fantastic response to MIDCENTURY MADNESS!

But times are tough, and in order to keep the flame of our efforts alive for the future, THE FRENCH HAD A NAME FOR IT '22 is a very limited engagement. The series plays in the Little Roxie, where there are only 45 seats available, with 40 passes on sale now. (We're sorry that it's like this, but—as we said...times are tough.)

While the venue is small, the festival is still BIG—fifteen films in all with 11 new rarities ranging from the Occupation during WWII all the way to the early 1970s. Four fantastic festival favorites will be re-screened, including films featuring Jean Gabin and seminal FRENCH HAD A NAME FOR IT rediscovery Robert Hossein.

It's another sensational and unprecedented lineup of films, continuing its game-changing look at French noir and the history of French cinema, while simultaneously widening and refining our understanding of film noir itself. November (some call it "Noirvember"...) is the perfect time to immerse yourself in these impossible-to-see rarities from what Don calls "the lost continent."

“Film festivals can sometimes be important vehicles for transforming people's understanding of cinema history. So it has been with Don Malcolm's annual The French Had a Name for It festival at the Roxie Theater, which since 2014 has been rewriting the history of film noir and resurrecting the mostly forgotten treasures of French noir.”
—Mick La Salle, Datebook Pick - SF Chronicle

Read MCP head honcho Don Malcolm's overview of the festival on his Substack, and his accompanying feature on Mylene Demongeot, a truly iconic French noir actress who is getting a "repeat tribute" on Monday, November 7. Her performances in A Kiss for A Killer (1957) and That Night... (1958) are electrifying. Watch for additional updates on Facebook and Twitter.

• FRENCH '22: For the faithful! - Entering the Lost Continent's Heart of Darkness

• Celebrating Mylene... A birthday today, an homage in November

GOUPI MAINS ROUGES
IT HAPPENED AT THE INN

CLOPORTES
THE METAMORPHOSIS OF WOODLICE

UNE MANCHE ET LA BELLE
A KISS FOR A KILLER

SAT EVENING - NOV 12
Is possession nine-tenths of the law?

SUN EVENING - NOV 13
Can one walk upright when they're on the run? Featuring GABIN and HOSSEIN... 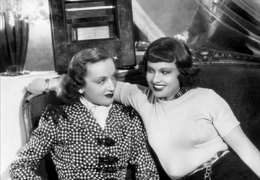 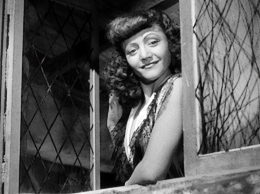 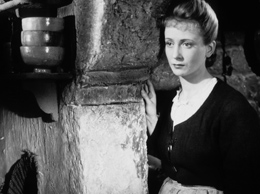 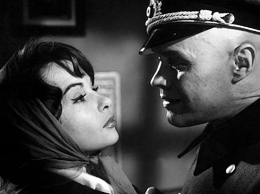 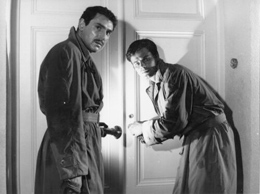 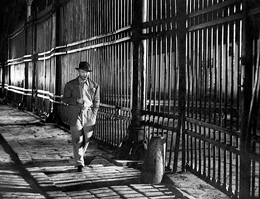 MIDCENTURY PRODUCTIONS is a "boutique" programming venture designing "mini film festivals, featuring films from cinema's most explosive three decades—the 1940s, 1950s, and 1960s. We program original festivals and work with organizations and individuals to craft singular programming that illuminates the hidden corners of these three decades.

If you're not yet on our mailing list, why not? Members receive special discounts and are eligible for our free giveaways, special prizes, and contests. And we keep you informed about what we're up to in our newsletter. Best of all—it's free! SIGN UP HERE